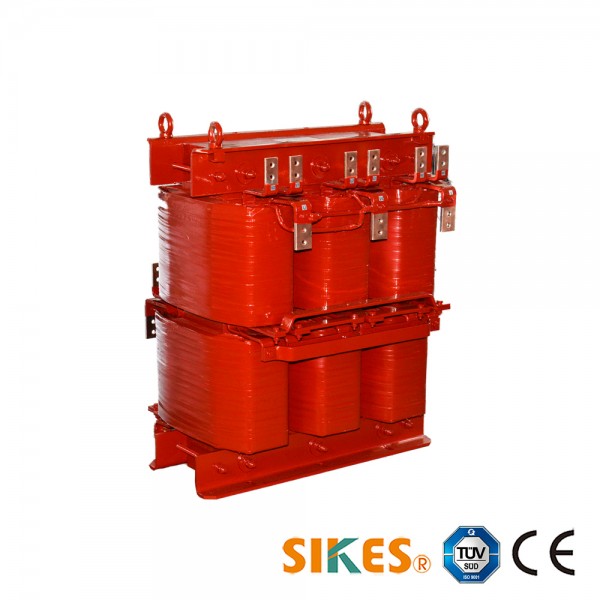 The pulse rectifier transformer can reduce the ripple factor on the DC side of the rectifier unit and the harmonic wave on the AC side via multi-phase rectification. Because the artificial phase shifting in the rectifier unit can make the main harmonic waves exist in the 23rd 25th waves and more, rather than the previous 5th 7th waves. This design will greatly improve the impact of the second-side harmonics on the grid side.

The 24-pulse rectifier transformer designed and produced by our company consists of two sets of 12-pulse autotransformation rectifier coils in parallel, and one iron core. It can form four groups of three-phase line voltages, and line voltage phases differ by 15° in sequence. The four groups of rectifier bridge circuits are connected in parallel through interphase reactors to output 24-pulse DC voltage.

This design can save 82.7% capacity of the auto-transformer in this circuit. So the rectifier volume can be reduced greatly. Its advantages are particularly significant when needs high-power rectification.